Find all of the technical information articles displayed in alphabetical order. Learn how to calculate several spring specifications such as spring rate, load, travel/deflection, coil count, and much more. Our most helpful/popular articles will be highlighted for easy browsing. Click on a title below to read more about the subject.

Info! Please fill in one or more fields to narrow down your search.

Springs have come a long way over the years. The function of springs has been quite necessary for the creation and development of different industries. Still, springs didn’t always look like they do now. A long time ago most springs were made of flat wire in curved form and were called leaf springs. Still, it wasn’t until 1763 that coil springs were created. Today, coil springs are very common and widely used. They are more compact and readily available, that is why most applications use coil springs. Below are a few highlights of springs and the spring industry across different decades. 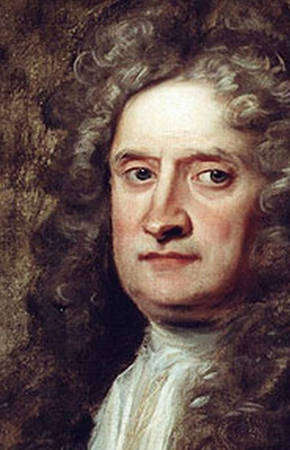 1333 BC: The Tutankhamuns class chariot

Around 1333 BC The Tutankhamen-Class chariot, the earliest high-performance machine was invented. Several elements hint of thoughtful invention. The complex suspension system of springs and shock absorbers had advantages in structural dynamics, ride quality and safety. It's hard to imagine a better chariot made with ancient materials of construction even if we were to apply today's most advanced formulas and methods.

Some historical experts claim Leonardo da Vinci began to work on improving the matchlock pistol around 1493. He designed a spring that would allow a firearm to be triggered with just one hand. Da Vinci enclosed the powder pan and fuse within the firearm, sealing it tightly from the elements. Then he created the wheel lock, a steel wheel attached by a chain to a powerful spring. When the trigger was pulled a spring released the built up tension, forcing the wheel to spin rapidly. Then the wheel strikes a piece of iron pyrite, creating a spark that detonates the powder in the pan. This propelled the ammunition out of the barrel. Da Vinci's weapon was not realized until around the year 1510. The mechanism worked just as he has envisioned. Wheel lock pistols soon became available to whoever could afford one.

1675: Robert Hooke expounds a law of physics and invents the balance spring

In 1675 Robert Hooke expounds his law - ut tensio sic vis (as the tension, so the force) - for the properties of springs. It is now widely known amongst the spring industry and physicians as Hook’s Law. 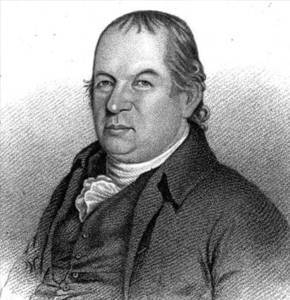 In 1763 R. Tredwell was issued the first patent for the coil spring, British patent No. 792. The main advantage of coil springs was that they did not have to be spread apart and be lubricated periodically to keep them from squeaking.

With the industrial revolution came the steel coil spring. It was first patented in America for use in a chair seat in 1857.

Heinrich Westphal was credited with inventing the innerspring mattress in 1871. Heinrich lived in Germany and never profited from his invention, dying in poverty 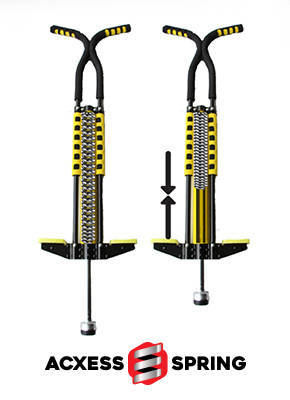 George Hansburg patented the first pogo stick in 1919. George was an Illinois baby furniture and toy designer. He was asked to improve a design that was being shipped from Germany to the Gimble Brothers Department store. The design was made of wood and had rotted on the journey over to America. Hansburg created an all metal, enclosed-spring pogo stick, and manufactured them in Elmhurst, N.Y factory. This is the pogo stick that children know and love to this day.

The first practical air suspension was developed by Firestone in 1933 for an experimental car called the Stout-Scarab. This was a rear-engine vehicle that used four rubberized bellows in place of conventional springs. Air was supplied by small compressors attached to each bellow. As you might imagine, the air bag suspension was an expensive setup; in fact, it still is.

In 1935 while being intrigued by the trapeze artists at the circus, George Nissan concocted the idea for the trampoline. George noticed that the trapeze artists were able to propel themselves in the air and perform stylish moves after falling into safely into the netting. George realized that inventing something that would allow gymnast to perform these same tricks over and over again would be a new phenomenon. 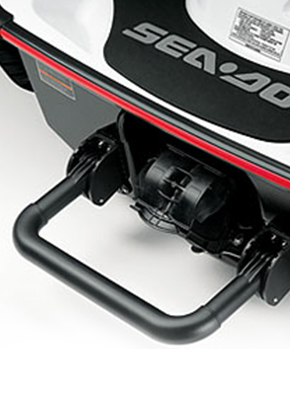 Richard James was a naval engineer trying to develop a meter designed to monitor horsepower on naval battleships. Richard was working with coil springs when one of the springs fell to the ground. He saw how the spring kept moving after hitting the ground and an idea for a toy was born.

Slinky debuted at Gimbel's Department Store in Philadelphia, Pennsylvania during the 1945 Christmas season and then at the 1946 American Toy Fair. Richard was nervous at the first demonstration of his toy and convinced a friend to attend and buy the first Slinky. However, this turned out to be unnecessary as 400 were sold during the 90 minute Gimbel demonstration.

While riding a Kawasaki Jet Ski for the first time, Alfonso notices the handle pole is too heavy and tiresome. He then starts developing different prototypes. Finally he is able to create the 1st handle pole spring for standup Jet Ski's, thus eliminating 80% of the handle poles weight. By 1985 it becomes the industry standard for all stand-up Jet Ski's.

Alfonso Jaramillo Jr. was an avid Jet Skier that had experienced many falls into the water. Alfonso had many good inventions for personal watercraft, but it wasn't until 1990 that he came up with the idea of inventing the Retractable Jet Ski Boarding Step. His invention was an immediate success; making it easy to board a jet ski, from an-in-water position. In 1992 he was awarded patent # 5,152,244 for the Step. His invention saved lives and has become the stock equipment for Sea-Doos, Waverunners and Jet Skis. To date, there has been over half a million boarding steps sold throughout the world and countless lives saved due to his remarkable invention. 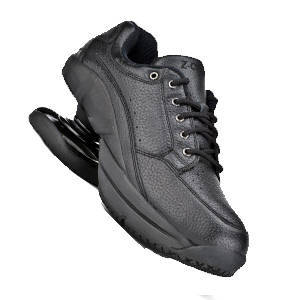 From the early 80's Alvaro Z. Gallegos had been a runner for many years and had experienced many of the typical aches and pains associated with running. He realized that the source of his pain was coming from the impact. With this new enlightenment, he decided to add a spring to the heel of his shoe. Alvaro experimented with many types of springs before finding the one that worked flawlessly, a three-inch-wide conical steel coil. Over the next few years many prototypes were developed and, finally, in 1995, Al patented his design and opened the first Z-tech store with his son in Albuquerque, New Mexico.

Alfonso Jaramillo Jr's love for golf and the driving range led him to invent the Power-Loader. It effectively retrieves your golf balls so you can tee-up instantly. The Power Loader picks up 3 golf balls at a time, and then allows you to place each one on the tee without wasting energy. The invention has saved golfers back's, no longer requiring them to bend down for every ball. This allows them to save their strength for long drives.

As you can see, springs have evolved and changed different industries over time. As technology advances and continues to grow, the spring industry has revolutionized and Acxess Spring was one of the disruptors of this industry as it introduced leading technology and free online tools that makes acquiring springs easy and fast. Learn more about our tools here. To place an order or talk to an engineer please contact us at: (951) 276-2777